PSYOPS – Wars Are Fought On and Off the Battlefield

Psychological Operations (PSYOP) has been alternatively known in the U.S. as Military Information Support Operations (MISO) since 2010

● According to the U.S. Department of Defense, psychological warfare is, “The planned use of propaganda and other psychological actions having the primary purpose of influencing the opinions, emotions, attitudes, and behavior of hostile foreign groups in such a way as to support the achievement of national objectives.”
○ PSYOPS influence the behavior of governments, groups, organizations and individuals.

PSYOPS can be used during conflict or peacetime

There Are Three Main Types of Psychological Operations:

Operational
● Conducted across many kinds of military operations in a predetermined operational area in order to promote the effectiveness of the joint force commander’s campaigns and strategies
● The purpose of an operational PSYOP can range from gaining support for U.S. operations to preparing a battlefield for combat

PSYOPS are not a form of force, but are force multipliers
● They use nonviolent means in often violent environments in order to persuade

PSYOPS use logic, fear, desire or other psychological factors to promote specific attitudes, emotions or behaviors
● This is to convince enemy, neutral or friendly nations and forces to take action favorable to the U.S. and allies
● Messages are conveyed through audio, visual and audiovisual media
○ Military tactical operations are usually delivered by loudspeaker
○ Other campaigns can be delivered through leaflets, radio or television

Psychological Warfare Has Been Used Through History

● 500 BCE – Sun Tzu wrote in The Art of War about the importance of intelligence and psychology in war and politics
○ “To capture the enemy’s entire army is better than to destroy it… To subdue the enemy without fighting is the supreme excellence.”
● 300 BCE – Alexander the Great conquered most of the known world by spreading stories of his savagery
○ One of his tactics involved the construction of oversized armor, that would fit “giants.” These were left on the battlefield before a conflict in order to inspire terror and, ultimately, a surrender… Even from armies that greatly outnumbered his own
● 1200’s CE – Gengis Khan and the Mongol Empire bloodily conquered of much of Asia and Europe
○ While the Mongols did kill many people, much of their success was gained through psychological warfare
○ Khan sent messengers ahead of his army to tell villages of the fierce and bloodthirsty Mongol army.
■ By the time the Mongols reached a village, communities were usually ready to surrender
● WWI – The birth of modern psychological warfare
○ Altered weapons, such as mortar, were used to spread leaflets across a wide area
● WWII
○ Many of the same tactics from WWI were used
○ Military powers began heavily using radio to spread propaganda
■ Tokyo Rose broadcast music, propaganda and discouragement toward the Allied forces
● Later, Hanoi Hannah and Seoul City Sue would do the same during the Vietnam War and Korean War
○ Radio was also implemented to spread false intelligence
■ American forces convinced German high commanders that the D-Day invasion would launch at Calais instead of Normandy
■ The British Broadcasting Corporation (BBC) began English-language lessons on a radio show widely listened to by German forces
● They taught the German military phrases like, “The boat is sinking,” and “I am burning”
○ This series convinced the German commanders that the British had found a way to set the English Channel on fire in the event that Germans launched an invasion by sea
● Cold War
○ Nations began broadcasting white noise to give the impression that encryption was being used
■ This led to other nations wasting a lot of money in an effort to decrypt messages that were not there
○ Governments began recruiting very innocent looking people to be spies or saboteurs, in order to cast doubt on more individuals
○ When captured, these spies would implicate as many innocent people as possible, creating confusion and widespread suspicion
● Recent history
○ During the Gulf War, the U.S. distributed pamphlets encouraging opposing forces to desert
○ Winning forces name captured towns and facilities
■ Example: The change from Iraq’s Saddam International Airport to Baghdad International Airport following Hussein’s removal from power
○ The use of vehicles as mobile broadcasting stations
■ This has allowed troops to agitate Taliban fighters until they come out of hiding places and engage with U.S. troops
○ Terrorism
■ Acts like the terrorist attacks on 9/11 and the bombing of the London tubes are physical attacks that are also meant to inspire fear in a community and break an enemy’s will

Today’s wars are won with military and messages. How will tomorrow’s be won? 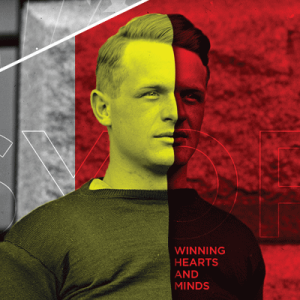